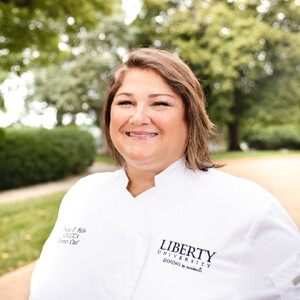 
I was destined to be in the food industry after being surrounded by so many great cooks in my family.  My grandmother was my greatest inspiration as she ran a Holiday Inn including the kitchen and catered for most of her life until she was well into her 60’s.  My biological father was an excellent cook and inspired me in so many ways.  I started attending Liberty University in 1991 intending to be an English teacher and then transferred to the University of Wisconsin.   While attending school, I worked at a Holiday Inn Marina as a salad station worker and banquet cook and fell in love with the business.  After moving to Lynchburg to be near family, I took a job working as a server for an Italian chain.  I quickly grew to become a key hourly employee and then a corporate trainer who trained servers, cooks, and managers to open new accounts.  I took a job as an AGM for a new local restaurant. During that time the restaurant desperately needed a kitchen manager, and I took on that role as well. I studied cooking and did apprenticeships with several Chefs’ and eventually went to work for a local restaurant as a kitchen manager. During that time, I cooked for state politicians on several occasions including Senator Steve Newman and Virginia Governor Mark Warner as well as Hollywood celebrities, The Golden Girls and musician, Phil Vassar.   I started a catering business and became the Catering Director/Chef for 17 years at a local restaurant, growing my craft and learning valuable business lessons. I competed in several competitions over the years and won Best Chef 2001 at the March of Dimes Best Chef Competition.  In 2012 after being a mentor for several years to the Girl Scouts and teaching them how to make exciting dishes with cookies, I won Best Overall Dish and Most Creative Dish at their Best Chef Competition.  I longed to be a part of something bigger and work for a company that would help me grow and took a job with Sodexo in 2014 as a senior supervisor.  I quickly moved up the ranks from Supervisor to Executive Chef 1 then became an Executive Chef 2 over innovation and retail shortly after.  In December 2017, I became an American Culinary Federation Certified Executive Chef and in August of 2018 also became an American Culinary Federation Certified Culinary Administrator.  In the spring of 2018, I had the privilege of helping do 5 RFP’s for Sodexo and learned so much from other Chef’s working for Sodexo around the region.  I have continued to support Sodexo with proposal’s all over the country. I was promoted to Executive Chef 4 in the fall of 2018 and am the current District/Campus Chef for the Davis region with Liberty University as my primary home. I have been featured in Food Management Magazine and Plate Magazine several dozen times. Last year I was given the opportunity to represent Sodexo on daytime television.  I do several short cooking segments for the show Daytime Blue Ridge on WSLS TV/Roanoke once per month.  I feature Sodexo’s partnership with Liberty as well as food we are doing in either the dining hall or our retail locations. I have 5 accounts in my district- Liberty University, Emory & Henry College, Liberty Christian Academy, River Ridge Mall Food Court, and Southern Virginia University.

What I love most about my job is the opportunity to travel and see what different accounts are doing that fuels my passion for food and how I can be innovative for the Davis district and help make all the dining programs I support the best they can be.  I also love working with the staff and getting to see them grow and learn each semester. 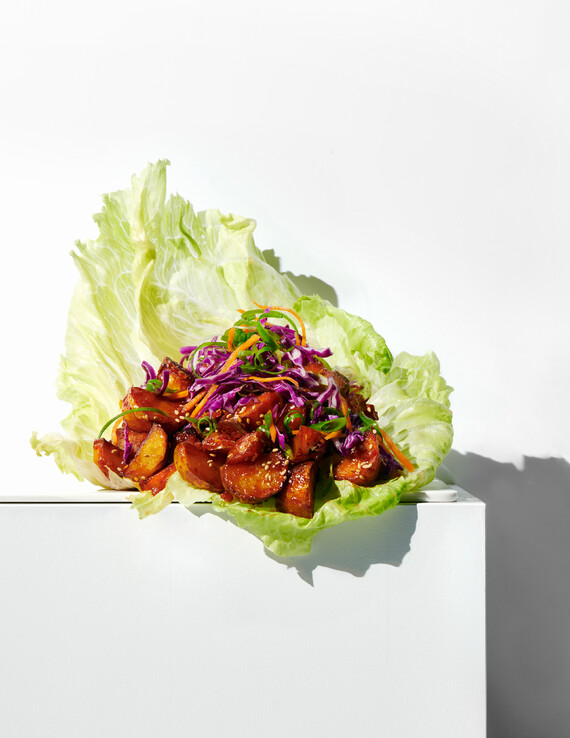