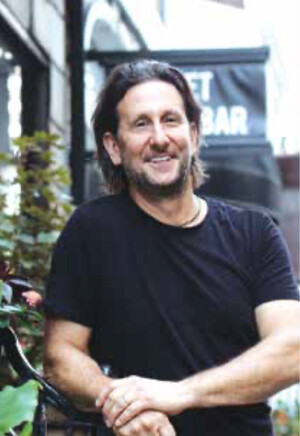 
Rich Landau developed a plant-based style of cooking that he thought everyone would like, including meat eaters. To test his theory, in 1994 he opened a 15-seat café inside a health food store. He took orders, cooked, billed and washed dishes. When a space across the street became available, he moved in. “The most impor- tant lesson I learned was that if you give people a good meal with vegetables, they will choose that over a bad meal with meat any day,”hesays.Landaudoesn’tusethewordsvegetarian,veganor meatless often. He describes his restaurants as vegetable houses and himself as a chef who uses vegetables.

Peruvian Potatoes, a best-selling dish at Fancy Radish, is influenced by Papa a la Huancaína, a traditional Peruvian appetizer of sliced potatoes in a spicy, creamy sauce. In Landau’s version, Idaho® Russet potatoes are baked, cooled and cut into slices, then given a crisp golden crust in the fryer. He garnishes them with ají amarillo, peanuts, dried olives and cilantro. “It has heat and lots of lateral layers of flavor,” he says.

The dish has become a reason that people come back to the restaurant. “You have to know how the starch content of different potatoesvaries,”Landausays.“Idaho® Russetsareperfectinthis recipe. Yukon Golds work too.” He appreciates having access to Idaho® Potatoes year-round. “Potatoes are a wonderful thing. I don’t know if I ever could have given up meat without potatoes.”

A pioneer of plant-based meals, Rich Landau was the first chef to serve a vegan dinner at the James Beard House. He was a James Beard Foundation Best Chef: Mid-Atlantic semifinalist in 2019. 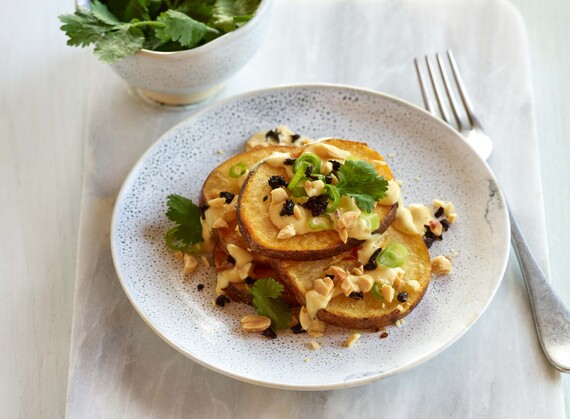