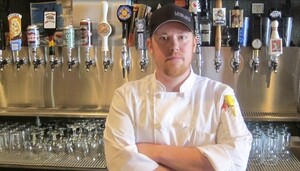 Freshcraft, the suds-centric watering hole and restaurant that Chef Lucas Forgy and his two brothers, Aaron and Jason, opened in 2010 in LoDo, is one of Denver's most celebrated hangouts for craft beer geeks. Freshcraft pimps one of the most coveted craft beer programs in the city, complemented by an ambitious menu that Forgy says has evolved considerably since he and his brothers made the decision to leave their Midwestern roots in Iowa, where they were born and raised, to make a go of it in Denver.

But his home town of Vinton, Iowa, was tiny, so he left for a larger city -- Grand Rapids, Michigan, then on to Orlando, Florida. After about a year working with his brother, he hopped in his car one day and drove straight to the Cordon Bleu College of Culinary Arts. "I wanted to be in a kitchen, and I wanted to figure out a way to maintain a sustainable life and have a career," he explains. "The atmosphere of the kitchen is completely different from any other job out there, and I loved it. I knew that's where I belonged."

He got accepted and had a part-time job cooking at Carrabba's throughout the duration of his culinary program; then he and his wife loaded up their car and headed for Evanston, Illinois, her home town. He got hired at a Cameron Mitchell fish restaurant, where he started as a prep cook, was promoted to the sous position and then transferred to Milwaukee, where he stayed for three years before departing "because I wanted more responsibility and opportunity, and they couldn't offer those to me," he says.

But his brother, Jason, had an idea about opening a restaurant in Denver, a city immersed in the craft beer movement. After much convincing, they moved to Colorado and opened Freshcraft. Following the success of Freshcraft , the brothers opened Block and Larder in 2014, with less focus on beer and more focus on the food. The brothers built their kitchens to offer creative freedom with the food and ingredients to offer food that is creative, comforting and unframed. 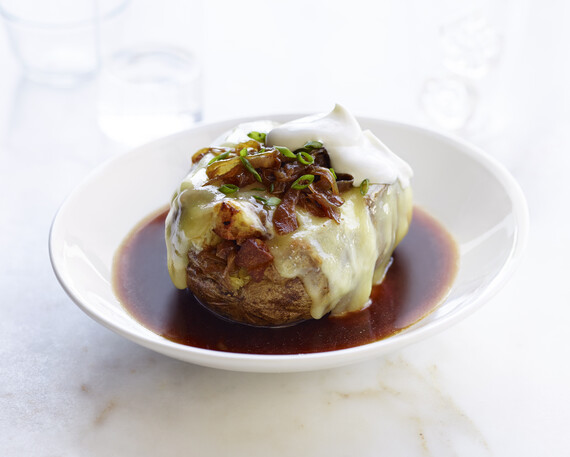