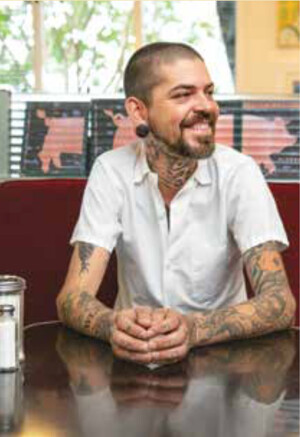 Justin Burdett’s culinary talent is rooted in the traditions of the Southeast where he was born and raised. In 2018 he took the helm from retiring legendary chef Bill Smith at the iconic Crook’s Corner restaurant in Chapel Hill, N.C. “Cooks in my generation were reading Bill Smith’s book, cooking his recipes. To step into this role is an honor,” says Burdett.

His Potato Pavé is technically difficult and uses few ingredients. He chooses Idaho® Russet potatoes for their starch content, which he says holds all the layers together – “the last thing you want is for everything to fall apart,” he says. He bastes the potatoes in brown butter in a cast-iron pan. “You get two textures in each bite – the soft luscious potatoes in the middle and a crunchy exterior,” he says. He adds select aromatics to put his own twist on the dish.

He’s still searching for his signature dish but feels confident it will come. “Any recognition is good, but I’m at a point where I don’t think about it. My food got better when I stopped worrying about praise and validation. I just like being in the kitchen with people I love and cooking what I like to cook. At the end of the day I feel successful.”

Justin Burdett’s rising career as a chef includes recognitions as one of Plate magazine’s Chefs to Watch, a Carolina Rising Star award from StarChefs, and one of the Top 10 Chefs in the Southeast by Food & Wine magazine. 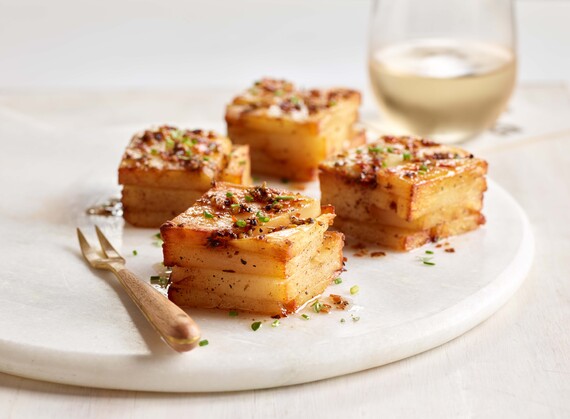