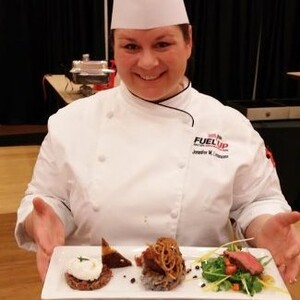 Jennifer Leamons grew up in a small town in Maine where there were more cows than people and not a single stop light. At the age of 12 she knew she wanted to be a chef and enjoyed cooking with her grandmother, who could somehow find a way to put carrots in every recipe she made. She attended Johnson & Wales University in Providence, RI, receiving a Bachelors of Science degree in Culinary Arts. While there, she successfully completed two internships; one at the Washington Duke Inn & Golf Club in Durham, NC and the second at Cheeca Lodge in the Florida Keys. Upon graduation she headed to the open seas where she was a chef with Blount Small Ship Adventures; traveling to Belize, Panama, Bahamas and even Canada. She then headed to the west coast and became a catering chef for movies and concerts where a highlight of her career was meeting Faye Dunaway who was impressed that a female was the chef of the catering company. Missing home, she returned to the East coast and learned of the corporate dining world. Starting as a Chef Manager and nominated for Manager of the year after only 11 months of employment. Soon thereafter was promoted to General Manager. Missing the chef coat, she quickly became a chef again as she entered the healthcare field in hopes to give back to the community with her skills. While working as a hospital chef she decided to also become a Chef Instructor at The Chefs Academy in Morrisville, NC and was ACF certified. Working in healthcare was rewarding and enabled her to enter two AHF cooking competitions where her creative dishes were chosen as only 1 of 5 to compete in Miami in 2012 and Orlando in 2014. She has been fortunate to have worked at Duke Raleigh Hospital and WakeMed Health & Hospital; both in Raleigh, NC. In September 2014, she moved to Charlotte to taste the “city life” and has been the Executive Chef at Stanly Regional Medical Center which is part of the Carolina Healthcare System. She took first place in a cooking competition with Menu Directions in 2016 which was held in Jacksonville, FL. She currently is working on becoming a Certified Executive Chef and enjoys riding her motorcycle with her husband throughout the mountains of NC. 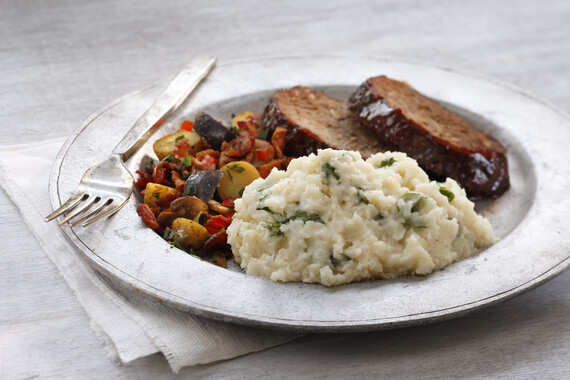