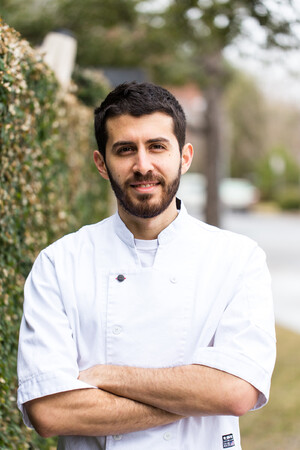 Chef Brian Moses’ culinary career began in Austin and he has stuck true to his roots. His first position after culinary school was at Parkside; during his time there he developed the crucial culinary foundation that he has since expanded upon. His eagerness to learn and adaptability led to an exclusive position to work as chef de partie for Thomas Keller's prestigious French bistro, Bouchon in Napa, Ca. Missing his Texas roots, he moved back to Austin where he worked as the chef de cuisine at the ranch-inspired Contigo. Brian participates with a variety of Austin-centric culinary events, such as Austin’s Food & Wine Festival, Wine and Swine, and others.

Armed with that comprehensive kitchen experience, Brian returned to Parkside Projects to put his culinary talent to work as the executive chef at Olive & June. Most recently, Brian applies his many years of culinary education and vast experience to his role as Chef de Cuisine at Launderette.