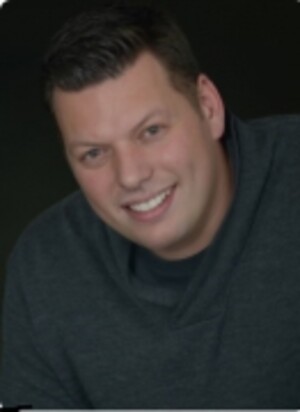 
Potatopia
A graduate of Berkley College, Allen Dikker has spent his life exploring and developing different businesses. Inheriting an entrepreneurial spirit from his immigrant parents, over the past ten years, Allen has successfully launched five businesses in diverse industries - real estate, media and food. When the recession hit in 2008, Dikker was CEO and co-founder of Trivista Media Corporation, and saw an opportunity to pursue his true passion, the hospitality industry. Over the ensuing months, through development, research and testing, his long-held idea to create a quick serve restaurant, something different from the fare currently offered on the market, began to crystallize. As the resident cook in his family, Dikker had always used the hobby as a stress reliever. When he began creating sauces for friends and relatives their enthusiasm was immediate and inspiration struck. Realizing that he needed the perfect "vehicle" to bring these sauces to the public, Dikker decided that the humble potato, a stalwart in every kitchen, was the answer. Both versatile and popular, the potato, he believed, when paired with freshly-made sauces and high quality ingredients, could be presented and enjoyed by a wide audience in an entirely new way. Knowing that there is as much risk as reward in the restaurant business, Dikker spent the next few years researching and developing the viability of his potato concept. He visited countless food outlets in order to conduct a thorough market analysis of the business and ask questions about operations, efficiencies, ingredient sourcing and staffing. He even spent time shadowing employees at Hoagie Haven in Princeton, New Jersey, studying how they moved and functioned in order to maximize output in a space of limited size. To test the market and response to his idea, in 2011, Dikker launched Potatopia, an all-potato concept featuring high quality ingredients complemented by his signature sauces, in Menlo Park Mall in Edison, NJ. Over the next year, Potatopia gained a loyal following and business grew steadily, proving to Dikker that there was a market for his concept. When Potatopia loyalists began forming lines around the block, he began planning for his second location in New York Citys West Village, which opened in August 2013.Dikkers approach to all his businesses is to grow them organically, to nurture and build each company day by day, customer by customer, with the goal of creating brands that reflect his core values of quality, attention to detail and pronounced emphasis on customer service. Currently, Dikker is projecting three additional openings on the East Coast over the next year.
© 2022 Idaho Potato Commission